Stepping away from the daily routines in the blade repair segment at Siemens Gamesa’s factory in Aalborg to a new adventure traveling around the world on different assignments, making sure that sustainable energy can be harvested. This is what awaits Mark Kjølby in his new position as a blade repair technician.

Mark received the offer for the GWO Blade Repair course from one of the group leaders in the blade production where he used to work, and he didn’t hesitate. Mark had shown interest for on-site work for a while and he had tried similar assignments sporadically before with Siemens Gamesa but now the opportunity arose to be able to take the next step and do it full time.

- I have been traveling with work before, and the course could open many doors of opportunities for me, says Mark Kjølby.

After having attended and completed the GWO Blade Repair course at TECHCOLLEGE Composite, Mark was on his way to realize his dream of working as a blade repair technician. Even though he had worked with repairs for many years at Siemens Gamesa, there was still aspects regarding the work that was unknown.

- To enter the world as a blade technician, it is necessary to have special skills and qualifications, and the course has made that possible for me, and I feel somewhat better equipped for the many varied tasks in the job, says Mark Kjølby.

- By completing the course I am now able to do things on my own and get booked for assignments all over the world, says Mark shortly before his next business trip to Turkey.

With a completed GWO Blade Repair certification course, Mark has continued his career at Siemens Gamesa – now as a blade repair technician. 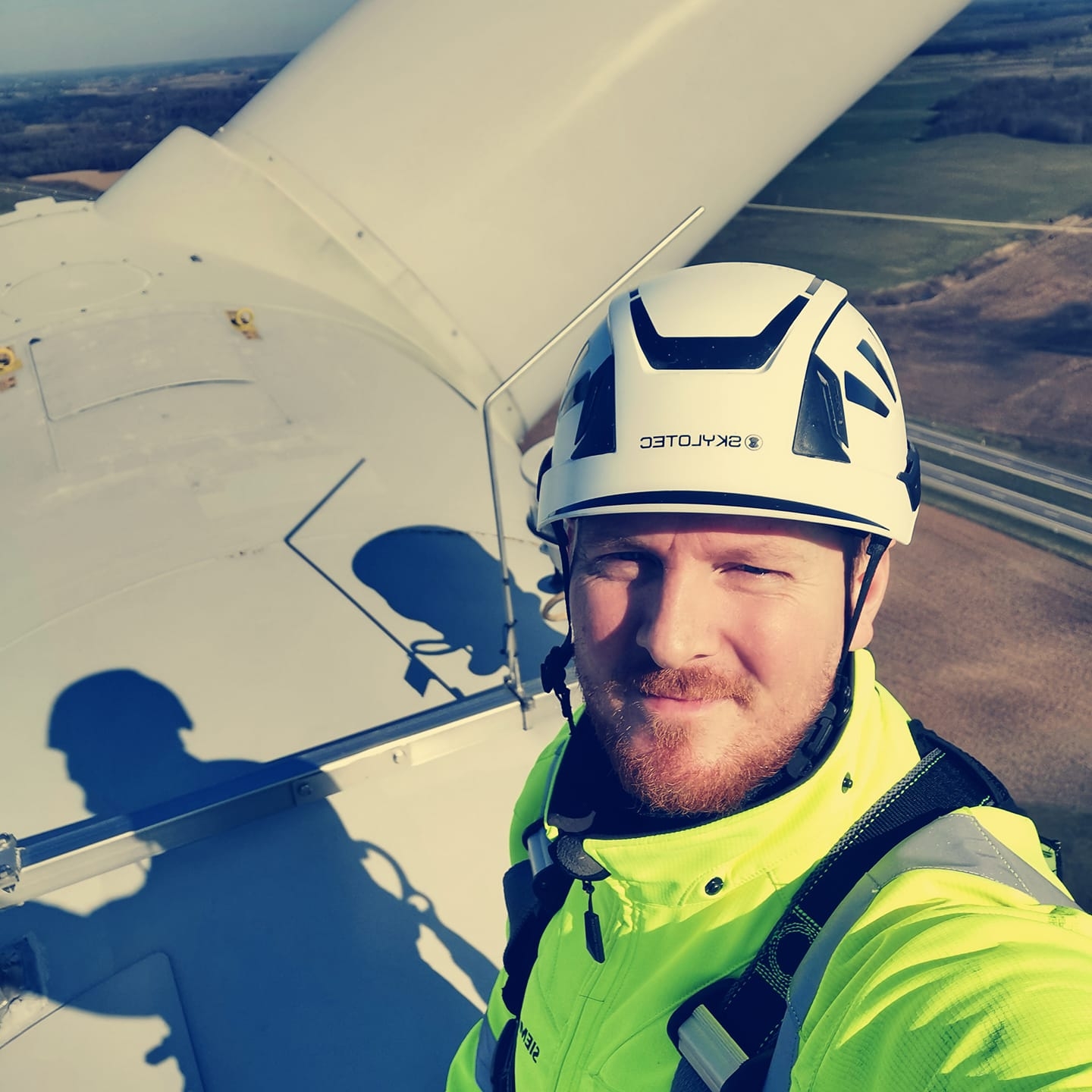